The race start was very exciting. As an elite seeded runner, I had the privilege to stand at the front and also to do more warm up at the start area before the start at 7:10am. The weather was nothing short of perfect for a great run. Temperature was about 12 degrees, with no wind. The forecasts were really accurate.

At 7:10am, interestingly there was no count down and the gun just went. I started off at a 3:23/km pace (a pace that will give me a 2h23min, a Singapore Record if I run at this pace for the whole run)

Boy was I feeling good. I was running alone as everyone, including the runners that I looked up on the net who were probably aiming for a similar time as me were running faster than my target. At 2km, a tall guy in red came up to me and I followed him to 5km. At the 5km mark, my time was 17:05, on target. Perfect I thought.

From the 5th to 10th kilometer, which on the elevation map showed a slight down hill, I decided to catch David (a runner I figured will run a similar time as me) and another runner who was running with him. They were about 25 seconds ahead. But i tried to mildly up my pace but I was not able to catch him by the 10km. By 10km, the tall guy (he was hoping to run a 2:25, but in the end ran a 2:27) was no longer following me.

I was running alone by myself, still trying to catch David. In doing so, my average pace for the entire run has dropped to 3:20. As seen from my splits, From 15-25km, I have gained 40 seconds on my target. And for the first 25km, I have gained 1minute on my target – i thought this was fine and the great weather was deceiving. I was feeling great!!!!

At the 23rd km I managed to catch David and his partner. Just as I caught them, we overtook another group of 3 runners who were mostly Japanese. At the 28km mark, we overtook Gelata whom I ran with last year at Christchurch (He ran the full in 2:25 in CHCH and I followed him for the first round with a half marathon time of 1:10 in 2010). After we overtook Gelata, David went to shit in the bushes! HAHA But he was back in a few seconds. (Looks like this can happen to the pros too haha)

At the 30km mark, we came back past the start point to finish a 12km loop ahead. There were 2 small hills. Which kinda affected my rhythm at this stage when I was about to feel not so good. At the 30km mark, I am on a 2h22min marathon pace but after those 2 hills, I kinda start to feel the effects of my effort catching David. I thought that I am 1:30 ahead of schedule, I can afford to take it easier so that I can prevent myself from overheating. Thus, I decided to stop following David as they were also going faster and faster.

Absolute torture. There some small slopes here and there which I did not enjoy at all. Looked at my watch at 35km mark, and I am still 1min ahead of a 2:24 marathon. I thought one cant possibly lose 1min over the next 7km! I could feel the record slipping away but I persevered and thought of the Japanese style of running – to run till you almost die. I figured if I did that at least I will get the record. I ran this next 5km in 19minutes – losing 2minutes. It was crazy. I just threw the record out of the window.

Lessons for you readers

Effort during the race can be deceiving especially before the 30km mark. I cannot further emphasize the importance of holding yourself back in at least the first 20km. Learn from my experience and do not make this mistake, especially for the new runners. As you saw, I was ahead of pace by 1min30seconds at 30km. At 35km, I was 1min ahead. And by 40km, I was 1min slower than 2:24, and by the next 2km, I was 3min off.

This can happen to you too! So start slow end fast my friends!

I know that I do well when I race well. And in my situation, I felt that I could not run well if I am running alone from 5km to the end of the marathon. Firstly, it is not fun at all! I would rather have some company. That was why I decided to take a gamble and catch David. It was a good catch too – I reeled him in over 18km which requires much patience from me and it is a good sign of maturity as a runner – afterall, this is my 4th marathon. One can accumulate a lot lactic acid if you try and catch someone over a short distance.

But on hind sight, perhaps I should have stopped catching them and just allow this to become a lonely long time trial which again is not want I want to do coming all the way to Gold Coast.

Did I make a right decision? It was a tough one. But I think I played it out well in an attempt to get a good race out of it. I enjoyed the race a lot. The supporters were great. They can see my name on my bib and they called and cheered for me with my name. It was a great feeling. The runners were also great, they also called my name. Met some Singaporeans which made the race so much more enjoyable. 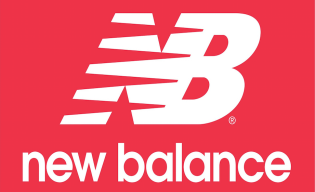